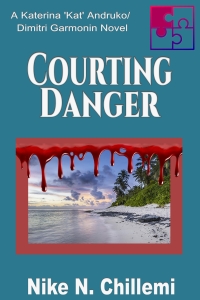 Of course, you always hope your hero is super appealing. In COURTING DANGER, I got half way through writing the book and wanted Dimitri to marry my daughter. Oh, oh, then I had a very high bar to meet, or he did for the rest of the novel.

Former US Army Ranger, Dr. Dimitri Garmonin, has been recently hired as a profiler by the Pelican Beach, Florida police department. When a young woman’s body is found on the beach at the same time a Pentagon weapons designer (who had been visiting the beach city) goes missing, the FBI gets involved. The consummate professional, Dimitri believes by working with the FBI on this case that’s getting media attention, he can expand his small Behavioral Analysis Unit. Not only is he not interested in a relationship, he’s not impressed by the manipulative, yet chic female FBI agent.

However, there’s something very appealing about Katerina “Kat” Andruko, the rookie detective who has been assigned to the case. She’s delightful in an authentic way. The only problem is he found the young woman’s body, and Kat has him as her prime suspect in the murder. 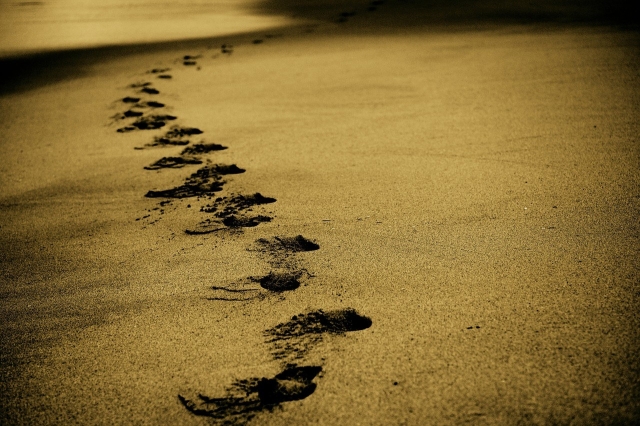 As Kat gets to know him, she realizes there’s no way this highly ethical man could have committed murder. She’s perplexed and drawn in by his intellect, professionalism, and old-world charm. Her problem with him is he seems to have lost his childhood faith, and faith is central to her life. Still, she has to admit, he’s got gorgeous blue eyes.

They both share a Slavic heritage. They even share more than that. As children both spent years in a Slavic country. Dimitri was born in Russia and lived there at the fall of the Soviet Union. His father was murdered there, and his mother escaped with him to America. As an adult, he still speaks with a faint Russian accent. After her parents were killed by a drunk driver in northeastern Florida, Kat was shipped off to an aunt and uncle she didn’t know in Ukraine. She spent two of her teenage years there. She confesses to Dimitri that she could easily imagine him wearing a smoking jacket, reading Dostoyevsky in the original Russian. In fact, she was shocked to discover he’s a former Army Ranger. She can’t imagine him on a forced march. However, it’s his Army training that saves her when the killer sets his sights on her.

COURTING DANGER has been called a “cozy thriller.” The storyline is driven by Kat’s and Dimitri’s intense desire to find the killer. Intertwined is a love story.

Click to Tweet: When a young woman’s body is found on the beach at the same time a Pentagon weapons designer (who had been visiting the beach city) goes missing…Courting Danger by Nike N. Chillemi #CozyThriller #Suspense 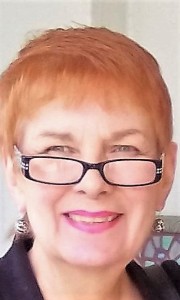 Nike N. Chillemi writes contemporary detective and/or suspense novels with a touch of wry humor, and there’s often a national security twist to them. She likes her bad guys really bad, her good guys smarter and better, and a touch of the comedic. Her newest endeavor is COURTING DANGER.

Nike is the founding board member of the Grace Awards and its Chair, a reader’s choice awards for excellence in Christian fiction. She has been a judge in the 2011, 2012, 2013, 2014, 2016, and 2017 Carol Awards in the suspense, mystery, and romantic suspense categories; and an Inspy Awards 2010 judge in the Suspense/Thriller/Mystery category. Her four novel Sanctuary Point series (out of print), set in the mid-1940s has finaled, won an award, and garnered critical acclaim. The first novel in the Veronica “Ronnie” Ingels/Dawson Hughes series HARMFUL INTENT won in the Grace Awards 2014 Mystery/Romantic Suspense/Thriller/Historical Suspense category. She has written book reviews for The Christian Pulse online magazine. She is a member of American Christian Fiction Writers (ACFW) and John 3:16 Marketing Network. 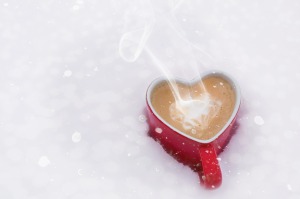 Yes, you are at Hello, Thursday Morning! I hope you’ve enjoyed my guest post from Nike Chillemi. As one of those who worked on the critiques for this book, I highly recommend it, especially if you enjoy clean suspense/thrillers.

Thanks for dropping in! See you next week.

6 thoughts on “Ooh-la-la, What a Catch Dimitri Is”