World missions…how do you feel about them? There are those who think we should deal first with the problems on our own doorstep. Why travel to a foreign country? We have hungry, homeless, hurting people within walking distance, or at least a few miles away in our inner cities. Spend your time and money there, they say.

What if your boss called you into his office, and said, “We need you in Tokyo for a few days, to help set up our new software”–? Would you say, “No sir–our corporate money is better spent here, to upgrade our systems. Let them take care of their own needs.” I feel I can accurately predict what would happen to you, as an employee of said corporation.

So if God calls one of us to drop everything we’re doing and head to Nepal, carrying a message for the Nepalese and whatever else you can take with you to meet their dire needs, would you make the above retort, or would you say, “Yes, Sir…I’ll go pack my bags.”

This is what many have done before us. Packed their bags, updated their passports, and

made the trip they felt God impressed upon them to make. For this reason, I support world missions with money and prayer. I also support inner city missions in the same way. Many of my friends and local church members give enormous blocks of time to feeding the homeless and the hungry. They’re taking the Word of faith and hope to those in the greatest need within our own community.

In the 1980s, my husband and I took our three young sons on a summer mission trip to El Paso, Texas. Daily, we crossed the border into Mexico, carrying Bibles, food, and 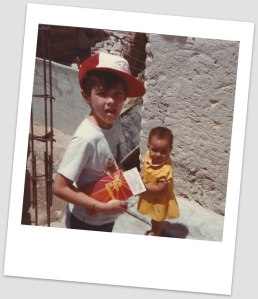 laborers to help those in dire need. It was a learning experience for me. Though I grew up in a low-income home situation, I had never witnessed such severe poverty. But I was surprised to find smiling, welcoming faces, even in some of the worst situations. Our presence sparked hope. Help, though temporary, had come to them.

Yes, by all means, support home missions. Contribute your time and money to the hurting and homeless and hungry. But remember that when our director (God) calls, we should answer, no matter where He’s sending us. Refusing to go probably won’t have the same effect as it would on your boss at work. But you could end up in the belly of a whale.

Wait–don’t know what I’m talking about? You can read it for yourself, in Jonah (Old Testament). Jonah was called by God to carry a message to Nineveh. He had an opinion about the call, which he made known right away, then proceeded to high-tail it in the opposite direction. His disobedience not only caused loss and destruction to all those around him, but also great discomfort and near death to Jonah. And a severe bellyache to the previously-mentioned whale.

Now, I’m not saying that something like this would happen to you if you refused God’s direction for your life. Not at all. But I have a pretty good idea you’ll be more at peace with yourself when you live the life God has planned for you.

Maybe you’re there right now–living in the wrong place–God called, and you said, “No.” In the interim, you supported the missions of others, perhaps out of guilt, but it still counts. You tried to make amends for your disobedience. But something was missing in your life, and now you’re filled with regret. This is something between you and the Father. You can make it right by asking His forgiveness and making yourself available now. But you’re afraid. He may ask you to give up everything you’ve worked so hard to obtain. He might, but I have a feeling you passed that door long ago. He will forgive you, but someone else accepted the call in your place. They’re the ones who will reap the rewards of obedience. But you can still have peace in knowing you’re forgiven, and your path–though different–is still blessed.

There will always be those who disagree with your pursuit, whatever it may be. But I encourage you to seek God’s will for your life and be prepared to leave at a moment’s notice. Because you’re an ambassador, and as such, you’re on call. He may only be asking for your support to send someone else, or for your prayers and encouragement for those who are sent. But be assured, God is not above sending a whale to swallow you up, if enough lives hang in the balance. That’s the bottom line. Because He loves those who are hurting, he sends those who know how to love. 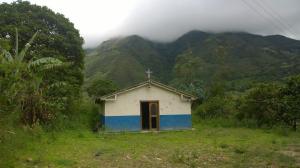