I became acquainted with Nike Chillemi on an ACFW critique loop. So I was privileged to read her suspenseful stories before they went through the publishing process. I was in the background, watching and waiting as she started her publishing company. I waited for the book I’d so enjoyed critiquing, Harmful Intent.

I’m so excited for her to share a little of her story here today. Thanks, Nike for taking the time to answer my questions about your publishing journey.

*She’s giving away the ebook, Harmful Intent, to one of our readers (see details below).

1. Why did you decide to start your own publishing company?

Nike: It started with the moniker Crime Fictionista. Before I started seriously writing for publication, I worked in the bridal industry. I traveled to industry bridal fairs in Atlanta, Chicago, Dallas, Las Vegas, and of course in my home town, New York City. That’s where I heard the term “fashionista.” When I got my first contract, I jokingly called myself a crime fictionista and it stuck. I liked the name and thought it would be just the thing to publish under when I went indie. So, the name of my company is Crime Fictionista Press. BTW, if you notice detailed descriptions of fabrics, necklines, and the like in my stories, that is a throwback to my days in bridal.
http://crimefictionistapress.wordpress.com/

2. How do you stand out from other small publishers? 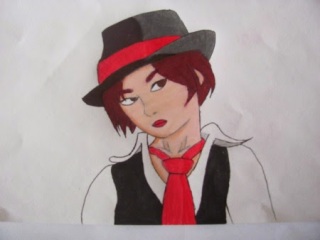 3. How did you get started? (Research? Study? Jump in and learn along the way?

Nike: I was quite naïve and simply started writing. I still keep my first manuscript around for a good laugh. I didn’t understand character point-of-view. Didn’t know what head hopping was. But I caught on quickly. I took the free online writing course then offered by Harlequin. I also came across a quote, by Stephen King, I believe, advising writers to read the best authors in their genre. To read the authors who excite them, whose book they can’t put down. He wasn’t advising to copy a bestselling author, but to see how they construct things. One aspect of Michael Connelly’s writing I’ve noticed is he doesn’t waste anything. In one novel, I think it was LOST LIGHT (there are so many Harry Bosch novels) Harry drinks a can of soda. He loses hold of it and it falls over the side of his deck into the weeds below his house, hanging over a canyon. Later when the bad guys come to kill him, he flees with a younger, faster bad guy following him under the house. The bad guy trips on the soda can and Harry lives long enough for the police to arrive. I’ve done things like that a few times in my novels, and it tickles me every time I do.

4. What are some of the obstacles you have encountered?

Nike: When I first started out, things I thought were obstacles were simply part of the process. Everybody has to pay their dues. The publishing business is changing so quickly the biggest obstacle is to keep informed and one step ahead.

5.  Everyone always likes to share their horror stories, so let’s go another way. What has been your greatest blessing since you started your publishing company?

Nike: My blessings started before my publishing company. My greatest blessing since I started writing seriously has been the friendship of other writers, most of them Christian fiction writers, but not all. You, Betty, are one of them. I can’t tell you what the support, encouragement, and the laughs shared with other authors means to me. 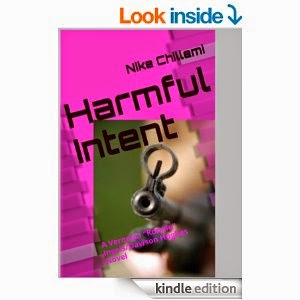 A Bit About Nike –
Like so many writers, Nike Chillemi started writing at a very young age. She still has the Crayola, fully illustrated book she penned (colored might be more accurate) as a little girl about her then off-the-chart love of horses. Today, you might call her a crime fictionista. Her passion is crime fiction. She likes her bad guys really bad and her good guys smarter and better.
Nike is the founding board member of the Grace Awards and is its Chairman, a reader’s choice awards for excellence in Christian fiction. She writes book reviews for The Christian Pulse online magazine. She was an Inspy Awards 2010 judge in the Suspense/Thriller/Mystery category, a judge in the 2011, 2012, and 2013 Carol Awards in the suspense, mystery, and romantic suspense categories, and a judge in the Eric Hoffer Awards in 2012 and 2013.
Her four novel Sanctuary Point series, set in the mid-1940s has won awards and garnered critical acclaim. Her new contemporary whodunit, HARMFUL INTENT released under the auspices of her own publishing company, Crime Fictionista Press, made an impressive showing in Amazon’s mystery > private investigator category.
She is a member of American Christian Fiction Writers (ACFW) and Christian Indie Novelists (CHIN). http://nikechillemi.wordpress.com/