I wanted to start this post by introducing myself. My name is Caitlin Emfinger, and I’m a Missionary Associate in Ecuador. I live in a small city called Sucúa. I work in a girl’s home named the Hope House, as well as among the Shuar communities. Every Sunday, I get to tell kids about Jesus and the Bible. Every week, I get to encourage and help teen girls grow closer to God.

My life is not the typical life of a 23-year-old.

This past year was my first year as a missionary. That’s still crazy to think about. I remember near the beginning of the year reading through Matthew, and this passage in chapter 8 stuck out to me:

18 When Jesus saw the crowd around him, he instructed his disciples to cross to the other side of the lake. 19 Then one of the teachers of religious law said to him, “Teacher, I will follow you wherever you go.” 20 But Jesus replied, “Foxes have dens to live in, and birds have nests, but the Son of Man has no place even to lay his head.” 21 Another of his disciples said, “Lord, first let me return home and bury my father.” 22 But Jesus told him, “Follow me now. Let the dead bury their own dead.

Oh man. I had no idea how hard this was to live out. The cost of following Jesus is different for everyone, but you can be sure that it will cost you something. For me, that was leaving everything I ever knew to live in a different country to tell the people there about Jesus. When I left in December of 2014, I left the only place I had ever called home. It was the longest I had ever been away from my family. My whole life had been spent there. I left a place that was familiar. It was comfortable. It was safe. Life was easy. But God never called us to safe or comfortable, and He definitely didn’t call us to easy.

In verse 22, a man asked Jesus to let him bury his father before following Him. Jesus replied, “Follow me, and let the dead bury their dead.” When He calls us, we can’t let the things of this life keep us from following Him. Many times, that means leaving the things we care about most behind to follow Him. There is always something that can keep us from following. “But God, let me graduate college, let me get married, let me have a kid…” There is always an excuse, but we cannot let those excuses drive us away from the life He has waiting for us. 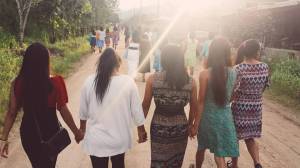 the cost when we should be running to it. We tell God we would feel safer on this side of the ocean, or even this side of the street. Honestly, that isn’t the case. The safest place we can be is in His will, wherever that is. It’s scary sometimes (Okay, a lot of times) because He takes us places we would never go on our own. But He will never take you to a place just to leave you there. Ever.

I had to make a lot of sacrifices when I became a missionary. One of them is not being able to be in two places at once. I can’t count the things I’ve missed while being in 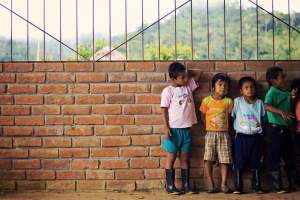 one place or another. I’ve missed birthdays, I’ve missed graduations, weddings, babies… some of the simple everyday things that most people take for granted. I’ve missed my family, and not seeing them every day. I’ve missed the friendships that I had, many of which I’ve lost over time. But everything I’ve lost has been worth it to be right where He wants me.

We have to understand that following God will always mean sacrifice. That’s why He

tells us to count the cost. There will always be things that you have to give up for His sake. But all the things we give up are nothing compared to the joy gained by following Him. There is a peace you can’t explain when you’re in the will of God. You get to see Him move in ways you never thought possible, and grow so much closer to Him. And He is always with you. So whether He’s asking you to move across the ocean or just talk to your neighbor, don’t let the dead things get in the way of following Him.