I believe I first met Harriet Michael at a local ACFW meeting in a Barnes and Noble bookstore in our hometown. She is a lovely, outgoing individual, and I was both intrigued and a little in awe of her background. But I’ll let her tell you about it.

Harriet: Thank you for letting me share with your readers. I am excited to tell people about my upcoming book release. But first, a little about me and my writing.

I was born in the jungles of Africa as the daughter of missionaries. My family moved from that jungle station, in the Niger River Delta, to another Nigerian city, Ogbomoso, shortly after my birth. Most of my childhood memories center around the people and experiences I had in Ogbomoso. My childhood was idyllic right … until the Biafran war broke out. Things became turbulent and my family soon moved back to America.

Today I am a wife of 36 years, a mother of four adult children, and a grandmother of one. My writing journey began in 2004 during a difficult time in the life of someone close to me. At that time, I started a journal and personal Scripture-search on the topic of prayer. Four years later, I had a manuscript written, and a love of writing.

I began freelancing small pieces in 2009. Today, I have a growing list of published credits which include articles, devotions, and stories. My work has appeared in publications by LifeWay, Focus on the Family, Bethany House, David C. Cook Company, Standard Publishing, American Life League, Chicken Soup for the Soul, Judson Press, The Pentecostal Publishing House, Smyth & Helwys, The Upper Room, and more.

I am also a speaker and would love to be contacted for that as well, if any readers are looking for speakers.

And I am super excited to announce that my first full length book, Prayer: It’s Not About You, will be released in September by PixNPens Publishing company. Written from my search to better understand prayer, it is nonfiction and expository in nature. It looks at prayer and prayer warriors in the scripture; both the Old Testament and the New Testament. While still in manuscript form, it was named a finalist in the 2011 “Women of Faith” national contest.

I learned a tremendous amount in my personal search and hope the readers of my book will as well. Anyone who longs to better understand prayer from a Biblical standpoint will enjoy this book.

Thanks again for having me on your blog, Betty!

Born in Nigeria, West Africa, as the daughter of missionaries, Harriet Michael is a writer, gardener, wife of over 35 years, mother of four, and grandmother of one.

She holds a BS in nursing from West Virginia University but has discovered her passion for writing. Since her first published article in 2010, she now has over a hundred and fifty published articles and devotions.

Harriet is a member of American Christian Fiction Writers and Louisville Christian Writers. Her book, Prayer: It’s Not About You, a finalist in the 2011 Women of Faith book contest, is set for release in September, 2015 by Pix-N-Pens Publishing Company. 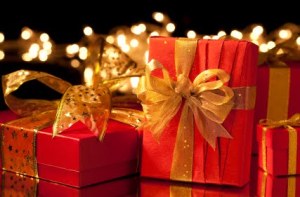 I wish you could run out to the store and pick up a carton of forgiveness. Or to the drive-thru hamburger joint and order up a combo with an extra dollop of forgiveness on the side. Perhaps a letter to Santa? But no, we must strive with ourselves, let go of inner pain. Say the words … I forgive you.

It is fact that the inability to forgive can make you physically ill. It can change your personality and damage your relationships. What’s more, unforgivingness can block your fellowship with God.

That’s putting it in simple terms.
I have a young friend who is extremely talented. What’s more, she has a very strong calling on her life. But someone very close to her has offended her, and my friend feels unable to forgive. This is a great tragedy. If she continues to hold this bitterness in her heart, her calling will suffer. Her great talent–made so brilliant in the past, by her great love–will falter. She still has the talent, but her attitude dulls the brilliance.
There are other issues as well. She is suffering from a deep depression. She doesn’t sleep well. She tends to be very cranky, even to her fans. She feels unworthy even of prayer. Sound familiar? Are you suffering as well? All of this could be very easily resolved by following the advice of Jesus in Matthew 6:14-15. Forgive us our sins, as we forgive those who have sinned against us.
During this particular season of the year, we are often reminded of the precious gift that was given to us, sometime around 5 or 6 BC, under a very bright star. A Savior, who would go on to give His life for us, taking upon Himself the punishment for our sins. Have we any right to hold on to the sins of others?